Bestiary of Badassery: The Vile Darkness 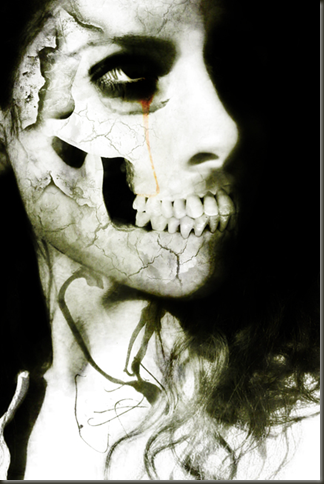 Before You Read Further:
Abuse is not a game. It is the most horrifying and terrible thing a person can have inflicted upon them, and real-life heroes are fighting against it every day. I do not mean any disrespect at all to the victims of abuse or the forces that are doing everything humanly possible to make it stop.
Because I believe in acting locally, if you’d like to make a donation to an association against abuse, I’d suggest you head over to WIN House. They do good work, and can always use more help.
Also, while some of the abusers below are presented as victims of a horrible monster, we should never lose sight of the fact that the real victims are the abused. My heart goes out to them, and they are in my prayers.

There is a monster that lives in the cellar of the el’Harr farm down the road a ways from Hammerfast. The only one that knows it’s there is little Alphonse, the youngest of the el’Harr’s children; he has tried to bring it to his parents’ attention, but you know how people can be about the monsters their kids talk about. Besides, no one’s ever seen it, so it’s all in the kid’s head, right?
At night, the monster whispers things to Cody el’Harr, things that shouldn’t be whispered by any good soul to another. Cody can’t see the thing, or even hear it, really. It speaks to his mind, and the dark places in his heart.
Alphonse is bruised betimes, and he’s a quiet lad. Walks with a limp since the incident in the barn a few years back, but it hasn’t slowed him, none. He plays by himself, mostly, the imagination games of children. In his head, he wears a suit of armor and slays monsters. One monster in particular, over and over again.
And when it’s dead, Alphonse’ pa never puts hands to the boy again.

It was announced recently that the Book of Vile Darkness is up for the Fourth Edition treatment this year. It was one of them ore popular books for 3.5, and it started the whole “Intended for Mature Audiences” movement of D&D books that brought on such wonders as the Book of Exalted Deeds and the Book of Erotic Fantasy (heh). It was probably one of the best sourcebooks 3.5 D&D put out, but I had a few issues with it. In particular, I found the focus to be more on gruesome content than any real discussion of evil. There’s some demons and stuff in it, sure, and a lot of the spell effects are like “Fuck you, good characters! Mwah ha ha ha ha haaaaa!” but there isn’t a lot of stuff that I would throw part-and-parcel into the “evil” category.
There’s a lot of wiggle-room on the concept of “evil,” though. Is killing sentient creatures and taking their stuff “evil?” Well, I put that into a solid “Yes,” on evil, but it’s the preface for the vast majority of D&D (and other role-playing) games that you will occasionally bash in monsters’ faces to increase your own power, wealth and status. So when I need to unnerve my players a bit, when I need them to squirm a little, I have to pull out some big guns. Simply hurting people isn’t enough to get across that a bad guy is vile; that bad guy needs to hurt people in the most intimate and horrifying ways possible.
This creature is an example of the sorts of things I’ll do to make my players a touch more uncomfortable than just putting them in a 10x10 room with a hobgoblin. It’s not something for the faint of heart; this monster feeds on the fear, pain and suffering of others, and manipulates people into some of the worst betrayals a person can imagine. It reaches into the darkest places of someone’s mind and brings those things to the fore.

The real monster is abuse. Let’s be fair, this monster is not one you’re going to throw into a random dungeon; it can’t survive there. It needs to live in someone’s home, where the potential for real emotional turmoil and trauma exists. Most importantly, it needs to find a crack, a place where the dark desires and urges run through a human mind. While a mother or father might normally love and support their children, the Vile Darkness can urge them to the unthinkable. Where a woman might love her husband unconditionally, the Vile Darkness can seep into her mind, taunting her into an horrific betrayal. And though a young man may truly love his betrothed, the Darkness can turn his mind to harm, or even murder. It would be incapable of doing these things if those emotions, those thoughts, didn’t already exist in the victim’s mind. The most monstrous aspect of this creature is its ability to bring out the monster in otherwise good people.
Discovering the Vile Darkness requires some investigation. If you want to relegate this to the realm of the Skill Challenge, feel free to do so, but I would rely more on heavy role-playing with a couple of prompted Perception and Insight rolls. And the abuse that the Darkness brings out in people doesn’t need to be physical; sexual, emotional and mental abuse all happen every day, and each comes with its own cocktail of betrayals. Complicating factors for the encounter can be as complicated as the victim of the abuse trying to protect the abuser, or another abusive situation in which the Vile Darkness has had no part (and this, truly, is more terrifying than any fantasy monster ever could be). When it turns out that the physically abusive parents on the el’Menith farm aren’t violent at the urging of a monster, but that the Darkness’ target has been Avery ven Maslia and his pretty new bride, it pushes the encounter to a different level.

Art jacked from ~therook @ deviantart
Posted by SlurpeeMoney at 7:00 PM