On the Subject of Passports

I usually write a lot of blog posts while I’m travelling, because I consider travel to be one of the few adventures left to the suburbanite masses. If you want to go to a place, there’s a way to get there. If you want to go on a quest, someone’s got your hook-up. If you want to stab a dragon in the face, there’s a tour for that somewhere.
So when I travel, and I see things I’ve never seen before, I figure “Hey, maybe Tim in Cedar City Utah has never seen this before either.” I mean, everything I’ve seen, someone else has seen. But not everyone has seen all of the things I’ve seen, so there’s still someone who’s interested.
I’m not going to be travelling for another month or so, and when I do it will be back to Indianapolis, Indiana for GenCon. I’ll be taking much more comprehensive notes this time around, but it’s still not going to be nearly as impressive for adventure notes as, say, going to Amsterdam, Paris and London, or spending eight days living on seas.
My friend Zak, though, is supposed to be in Kenya right now. He’s not in Kenya, though. He’s in Edmonton, which is about as different from Kenya as a place can get. He forgot to renew his passport, which sort of got me to thinking about the passport as a thing.

To be honest, I’ve never really liked the idea of a passport; that I need to pay the nation of my birth for a piece of paper that says I’m allowed to leave it seems strangely restricting to me. I mean, in a free country, shouldn’t I be free to leave whenever I damned well please? But I have one. I’ve had a total of two in my lifetime, and the current is sitting in my filing cabinet as I write this.

There have been a few different sorts of passports in history. The first recognizable passport was given to 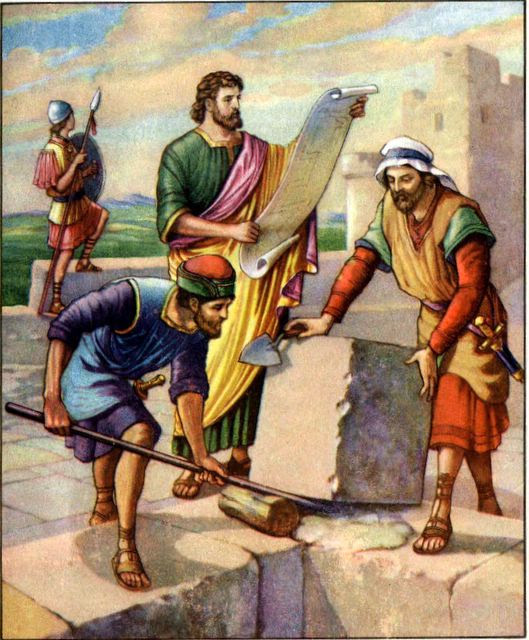 Nehemiah by Artaxerxes I, the King of Persia in some 450 BCE. It was a letter requesting safe passage from the “governors beyond the river,” as Nehemiah travelled through their lands. The second was actually a tax receipt, proof that you had paid your taxes and had thus earned the right to travel to different regions of the Caliphate. King Henry V invented the first passport we might understand today as a way to help his people identify themselves overseas.

The first is sort of what one thinks about when we think “Passports and Adventures.” You are given a writ of passage by the king of a nation to travel across the lands of savages to rebuild a holy city and repopulate it with the chosen people of the gods. That’s a hell of a quest. The writ of passage is a fine way to manage passports in general, as it provides some level of legitimacy to one’s claims as a person on a quest given by someone important and/or awesome. It’s also almost-built-in railroading for your players, as they only have permission to be travelling out here for the sake of their ultimate quest.

That’s not the only way to use passports to restrict your players’ movement, though.

The medieval European passport didn’t work the same way ours do. Normally, it would be a document written up by the local authorities that would dictate which towns a person could g

o to or through overland. In a lot of ways, it didn’t just restrict the towns you could go to, but the path you could take to get where you’re going. If you need to get from Paris to Brussels, there are a few ways you can do that. The fastest of them crosses through seven different cities. What if one of those cities isn’t on your passport? Well, you’re not going through that town. Pick a different path. Sea ports, which were seen as a free trading zone, didn’t really suffer the same restrictions. You could go wherever you wanted by sea, but overland you’d need to get yourself permission.

This flies in the face of how things are done in a standard game of Dungeons & Dragons. I mean, travel documents rarely come up at all, and when they do, it’s usually for special occasions. You’re crossing the border into dangerous territory or something, not just travelling to the next town to kill some goblins. You don’t have to make nice with the local sheriff if you don’t want to because you can totally kick his ass, steal his girl, and make a pile of rubble out of his home. But if the next-town-over will only accept a passport as written by him or his...

And restrictions make for interesting play situations. If you can’t get a passport to the next town over, but there’s a vampire in there, and he’s killing people to death, you’ve got to make a choice: rush in and save the town anyway (probably having to break in, because the guys at the gate aren’t going to be opening the door), or sit on your hands while people are getting slaughtered - and the gold stolen, for those folks of an evil or selfish persuasion. If you need to get to Dunbastion, and the fastest road is through Gramerthay, but you can’t go through Gramerthay, you’re going to have to find a way around the city with the thieves and the rapers and such that live outside the city walls.

And if, by some circumstance, you forget to renew your passport before you leave, well then you’ve got a whole slew of problems that need fixing.
Posted by SlurpeeMoney at 12:13 AM