In Regards to Aris Bakhtanians

So, this is a thing that happened.

This isn’t really something that affects the tabletop gaming world, but it’s something our cousins over in the console and computer gaming world have to deal with, and there is definitely some cross-over. Story time!

I have a jar at the store. It’s actually an action figure display case thingie that’s been turned into a jar. It’s called the Fag Jar. See, my little brother came out a few years ago, and I take the use of slurs of that nature pretty personally. I love my little brother fiercely, and I want my store to be the sort of place he’d be comfortable coming to play games. Moreover, our store is located on one of the trendier avenues of Edmonton, an area known for its liberalism in the face of crushing neo-conservativism, and it’s a spot that attracts a pretty broad customer base, including many people from the LGBTQ(etc) community. We’ve gone so far as to put a rainbow triangle sticker on the door to let people know that we’re an inviting, welcoming place for people of all sexual preferences. 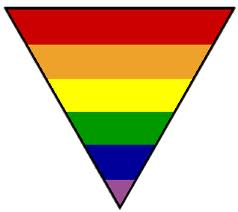 Then we started holding Yu-Gi-Oh! tournaments. Now, I’m not going to say that everyone who plays Yu-Gi-Oh! is bad for this, because I know a bunch personally who have made a real effort to clean up their language and take a more accepting and tolerant approach to the environments in which they game. But when we started holding tournaments for the first time, I was appalled at the vast majority of the players. Anything that was unacceptable, anything that was mildly displeasing, was instantly labeled “gay.” Didn’t draw well? “God, that’s so gay.” Someone plays a card that isn’t popular? “You’re such a fag.” It got to the point where I had to start penalizing people for it, which is where the Fag Jar came in.

I put the jar in a couple of years ago, and it has never, ever been popular. You say that something is gay, and it’s not obviously having sex with something of the same gender? You put a dollar in the jar. Call someone a fag, and you’re not appreciating their stereotypically fashionable choice in footwear? You put a dollar in the jar. You get one warning, that’s it. When the Jar has enough money in it, we’ll donate it to Edmonton Pride.

And here’s the big thing: I’m not a fan of censorship. I don’t like being told what I can and cannot say, and I don’t think anyone else should tell someone what they can and cannot say. But I am a fan of having manners. What you and your friends call one another outside of my store is your deal. You can say homosexual slurs all fucking day, and I won’t be the least bit upset with you for it. Hell, if you want to, be sexist to your female friends and throw in some racial slurs as well. Have at.

But you don’t get to insult my brother in front of me while I’m at work, because I’ve asked you not to. Some of my players, I’ve asked many times. I’m not allowed to leave, you see. I have to stand there and try and deal with the fact that you’re publically declaring that my friends, and more importantly my family, are worth so little to you that you will use their sexuality to describe how incredibly terrible you find a thing. And I shouldn’t have to do that, because when people ask that you stop doing a thing around them, the good people stop. When someone is obviously upset that people are doing a thing, the good people stop.

Which brings us back to Mr. Bakhtanians’ terrible behavior, and the affect that it is having on the fighting game community. Mr. Bakhtanians suggests that sexual harassment is a part of the culture of competitive fighting games, and he’s right. It is a part of the culture of competitive fighting games, but it shouldn’t be. Not that people shouldn’t make “mildly lecherous comments,” but because when someone asks you to stop, when someone is obviously upset at the lecherous comments people are making, those comments should fucking stop. People shouldn’t have to stop making sexual comments during games, but it becomes a very different thing when someone is upset about them. On one scale, you have “it’s just a joke, guys, no worries.” On the other, you have an act that is so heinous it’s been codified into law as a crime.

Take a moment to digest that. What Mr. Bakhtanians has suggested is that the competitive fighting game community’s culture has as an ingrained and irrevocable tenant an act that is considered a violation of another human being’s rights*. What does that say about the culture of that community? What does it say about the culture of that community that a horde of people have come out swinging on his side?

I hear a lot of the same comments regarding the Fag Jar, and I ask a lot of the same questions. One fellow was bold enough to suggest that he should be allowed to use homophobic slurs because he has friends and relatives who are gay**. If we want more people to play these games that we love, if we want to reach more people with these incredible hobbies we have, we’re going to need to start acting like good people. We need to be inclusive. We need to be tolerant. And when someone asks you to stop being a dick, a really good way to handle that is to listen to them.

*In Canada, at least. The Canadian Charter of Rights is pretty specific about it, as is the Labour Code.

**My response is that he has more reason than most people to avoid doing exactly that.

Posted by SlurpeeMoney at 3:19 AM