N and I got off to a later start than normal, which is great because we needed the extra sleep. Conventions wear you out, whether it’s from the constant walking around or the incredible press of people, and most folk simply don’t get enough rest to have a productive day at the Con.

We started off the day with bagels and muffins. Turns out, if you’re a retailer and you paid for a Trade Day badge, you get free bagels and muffins, and there is nothing in the world more beautiful than a free breakfast. Most of our seminars and things were in the Indiana Convention Center today, so moving between them was really easy, which also made the day go by in a weirdly lopsided way. Our morning was super-busy with seminars and Exhibition Hall stuff, our evening wasn’t filled with much at all, and we ended up sitting in the Westin chatting with anime fans about gun control and mail armour.

The first seminar we hit was about realism in medieval and classical combat scenarios. The panellists were well informed, experienced fighters in a variety of styles (one medieval recreationist, one MMA fighter who had actually been in a couple of knife fights, and one fencer), and they broke down how fighting in fantasy literature and games is very different from fighting in real life. Real life fighting is fast, brutal, and really hard work. Fighting in fiction is a lot more convoluted and strange.

The second seminar was on how to get women into gaming. There wasn’t anything in this seminar that was new to me, really. I’ve had women in my games for years, and a number of my favourite groups have been composed of a higher percentage of women than men, so I like to think that I have a firmish grasp on the concept of gaming with ladies. There were a few anecdotes about pastry chefs and gaming with boyfriends that I hadn’t heard before, and there were some interesting questions from the audience, but if you have ever gamed with a woman at your table, you probably know everything that the seminar would have taught you. Still, it was a fun sit-through, and the hosts were awesome.

Our trip through the exhibition hall was awesome, if much shorter than our usual span there. We focused on trying to narrow in on purchases and had some luck with that. I picked up some dice for the store from the amazing Game Science, and Natalie grabbed a sweet sword belt that she will be using as her normal belt. I’ll be heading back in tomorrow with an agenda. That agenda will be “Buy all of the stuff!”

We finally made it to the Playtest Arena, which was awesome. We played a deckbuilding game about superheroes that was neat in concept, but lacked a level of interactive play that I think is integral in game design. Sadly, that game was pretty well locked into its current form (which begs the question: why ‘playtest’ it when nothing the players suggest will change the final outcome of the game? There seem like better places to market things). The second playtest I took part in was a zombies-in-high-school game that was actually a lot of fun, despite a number of interesting design flaws. The guys rocking that playtest were really interested in feedback, and they had some really nice things to say about my ideas. I also fixed a tricky wording issue that they seemed particularly thrilled about, so now I’m all proud of me.

The last seminar of the day for us was a Zombie Survival seminar, which was neat in concept but I feel failed in execution. As an introduction to broad concepts of zombie survival, it was interesting. As a practical guide to surviving the zombie apocalypse, it failed rather miserably, as much of the advice given was unspecific to the point of uselessness. While the presenter certainly talked about things like hording water and food, and while he made mention of fortification vs escaping the city, the information given wasn’t nearly down to earth enough to be of any use to a person not already trained in survival. In fact, the best advice given in the whole seminar was “Go out and learn some survival skills.” 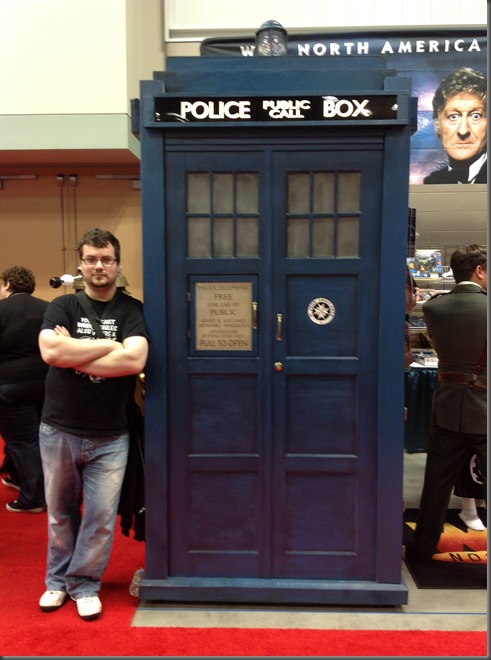 Posted by SlurpeeMoney at 9:56 PM