When a game comes out with a new edition, it’s an attempt by the developers to solve problems they see with the current edition. This isn’t just a thing we see in Dungeons & Dragons, but in every game system ever published in multiple editions. Even in a game as system-independent as Palladium Fantasy, there are edition wars (which is ridiculous, since you need to house-rule the whole game, in either edition, just to make it playable).

Matt and I got into a discussion last week about the edition wars. He’s a new D&D player, having never played editions one through three-point-five, and he’s of the opinion that previous editions are fatally flawed. This is, for the most part, true. It’s no less true of the current edition of Dungeons & Dragons, though; they’re just flawed in ways that are very, very different.

See, third edition D&D solved a lot of pretty intense problems. It cleaned up combat in a huge way, it solidified skills as a part of the 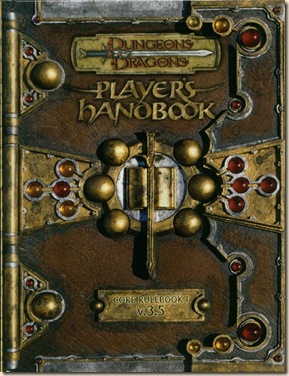 dice-roll mechanic that combat was based on (making the system as a whole much more cohesive), killed negative-value Armour Classes, put most of the core classes into a single book, gave character classes something more interesting to grow into (thereby giving players goals to build towards as they played), provided a framework for determining how challenging an encounter should be, gave creatures stat blocks that were on par with those of a player character… The list of problems third edition fixed is huge and more than a little intimidating.

And that’s natural. People resist change. Change usually means uncertainty, and to our reptile brains, uncertainty means greater potential risk than whatever it is we’ve been doing and grown comfortable doing. It’s an instinct.

But people got over it, and they started playing third edition, and when 3.5 came out, people continued to buy it because, though it 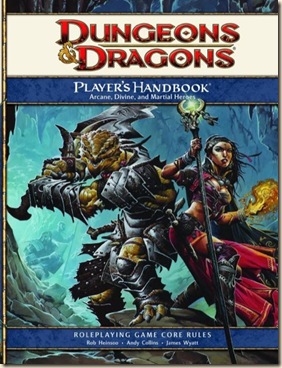 was a change, it wasn’t such a huge change that people couldn’t stomach it. People got comfortable playing 3.5 D&D. They learned the rules, they bought new books, they made characters and played campaigns and it was good.

But 3.5 wasn’t devoid of problems. I think a lot of people who are on the 3.5 bandwagon are missing this very integral point: Dungeons & Dragons 3.5 was not perfect. It wasn’t even close to perfect. It was good, and it worked, and it did the things we needed it to do, but it was not a perfect game system. There’s no such thing.

Third edition had problems. The magic item creation rules were obtuse and almost impossible to understand, certain aspects of combat would bog down encounters in a huge way, the classes were designed to be fun at different levels, meaning anyone who wanted to play an epic-level fighter was in for a really rough ride past level 12, levelling was completely uninteresting and mechanical, multi-classing meant that everyone could, if they wanted, be good at everything (and often were), classes overlapped on another’s niches in a huge way, the economy was completely fucked, the power-level of even low-level spells got pretty ridiculous sometimes… The system was a mess. Unhindered third party support meant that nearly anything could be in the game, which made the game ridiculous very, very fast.

Fourth edition solved a lot of these problems. Item creation became streamlined and simple, combat was laid out much more specifically and became a lot easier to understand, classes were balanced against one another through every level, multi-classing was made far less attractive while the game strived to protect niches within a party, power level was matched more evenly against the encounters the party would face and the the economy, while still fucked, was fucked in a very new and interesting way.

But Fourth Edition isn’t devoid of problems. A lot of the people on the 4E bandwagon miss this very integral point: Dungeons & Dragons 4th Edition is not perfect. It isn’t even close to perfect. It’s good, it works, and it does the things we need it to do, but it is not a perfect game system. There’s no such thing. 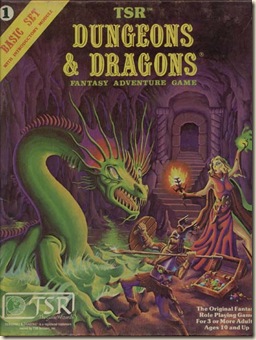 Magic items are uninteresting and common, skill challenges are difficult to understand hard to explain (not to mention the math on them is completely off), the economy sucks in many ways worse than that in 3.5, the feats are pedestrian and boring, the game focuses primarily on combat, solo combat encounters are a sloggish mess, status effects are almost impossible to keep track of without some secondary product, miniatures are entirely mandatory… There are a lot of problems here.

Fifth Edition will likely address a lot of these concerns. There’s no announcement out that it’s coming or anything. We’ve only had Fourth for a few years now, and I can’t see WotC pissing people off that badly by tossing a new edition out so soon. But someday, it will come. And when it does, it will solve the problems of gamers ten years from now. It won’t be a solid answer to problems we had three years ago, which will mean some people will be steadfastly against the new edition. But people will buy it, and play it, and it will be a fun game.

Myself, I’m already looking forward to it.

Posted by SlurpeeMoney at 5:29 PM