Why I Kill Player Characters in D&D:E

I really like the Dungeons and Dragons: Encounters initiative happening over at Wizards of the Coast. It’s a neat way to get people involved in the game, have them play for an hour or so, then go home to their normal lives. It’s also an interesting model for people who think they have too much going on in their lives to play D&D. You can’t spare one hour a week to get together with your friends and roll some dice? Even if you’re only going at an encounter per week, you’re still playing and that’s the important thing.

It also opens the door to a style of playing that I haven’t been a part of for many years. While broad story-based campaigns require nurturing, patience, a moderate level of kindness on the part of the Game Master, drop-in games have a strange sort of dynamic that makes them open to a wide variety of Game Mastery styles. The event is way more popular than the folks at Wizards of the Coas

t expected, and about four times as popular as I had expected it to be, which means that I usually need to have a stable of Game Masters kicking around to run multiple groups through the encounter at once. On an average Wednesday, I get some 16 players in to sling spells and swing swords, in two flights of two tables.

That means I get to see a lot of different styles of GM. Ian is a funny guy, and his table spends a lot of time laughing. Zak is amazingly tactical, and his players need to spend a lot of time strategizing if they want to make it through the encounter alive. Johnni likes to engage his players with detailed descriptions and avid role-playing. Daniel and Mike have both sat behind the screen for the first time during an Encounters game, which is an interesting side effect of the event. Not only are we attracting new players to the game, we’re getting players to try out Game Mastery for the first time.

Me, I’m the adversarial Game Master. I’m the guy who’s out to get you. I want player characters to die, as many as possible. My goal is the Total Party Kill. I want players to tremble in fear when they sit at my table.

Why? Because it’s fun. Not so much for me, mind. To be honest, I don’t find that style of Game Mastery any more or less compelling than other varieties. If I had to choose for myself, I’d probably sit at Johnni’s table. I have a deep appreciation for the way he describes events, the way he throws visual detail into every move, every standard action. When I GM in my home games, I’m actually pretty gentle. But there are players who prefer to sit at my table. There are players who seek me out, and sit down across from me with my terrible, evil grin. They do it on purpose. 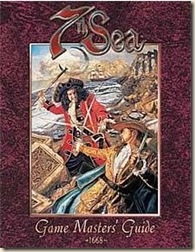 Because they want to beat me.

Alderac Entertainment Group once put out a 50 page book that was, at the time,  the most invaluable resource for new Game Masters in print. It’s sad that it was attached to a 300-page book that was utter crap, but the 7th Sea Game Master’s Guide’s last chapter was a beautifully crafted manual/toolbox that could be used in any game during any time period and still be relevant. Of particular interest to me:

It’s this last little bit, the Die Hard Rule, that applies to the way I GM D&D:E. To paraphrase Alderac’s awesome article on the subject, your players want you to kick the crap out of them. They want you to make them hurt. They want you to make them bleed. Over the course of a session, or an adventure, or a campaign, they want you to break them down, grind them, destroy them, mash them into barely-recognizable husks. By the end of it, they want to be Bruce Willis. They want to be walking barefoot across broken glass with a single bullet in their gun, no chance in hell of surviving, and a “Yippee-kai-yay, motherfuckers,” on their lips.

Here’s the tricky part: They also want to win. 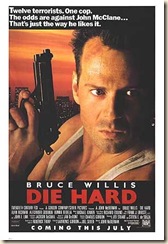 When the smoke clears, they want to be the guys standing on top. They want to take the big bad down. They want to win the princess’ heart and become the king of a kingdom and ride a dragon to school every day. But they need to feel like they’ve earned it. The more difficult you make a thing, the more genuinely demanding the obstacles in their way, the more reward they feel from having won.

On a regular Wednesday, I kill between one and three player characters in D&D Encounters. Those players don’t stop coming to D&D:E. They come back, and they sit back down at my table, and they look me right in the fucking eye and I can tell. That person, he or she is here to take me down. Whatever I throw at the party this week, they’re going to beat it. They’re going to fight tooth and nail, to the last scrap of their ability, and they are going to fucking beat me.

And so they do, every time. I myself have never committed a Total Party Kill and D&D:E, though tonight Daniel caught one (congrats, Daniel!). Whenever a group sits down at my table, they walk away the victors. But when they win, they fucking cheer, man. Or they breathe a heavy sigh of relief, and everyone starts talking about how the encounter went. “The only reason we survived that was because…” or “If the wizard hadn’t hit on his last encounter power, we would have been toast…” And their victory almost always comes at a heavy cost.

But that cheer, that sigh of relief, that excited talking when the encounter is done, that’s what makes it worth it.

Posted by SlurpeeMoney at 3:16 AM

This is a great article. Thanks... now to find a copy of that book.

I can't say that I see eye-to-eye with you on your Encounters GM style - but I'm glad to have read this post.

What's most important is that you're not out to kill PCs as a "I'm the GM, I need to have fun/win too!" attitude. Instead you're still giving your players - or this particular set of players at least - what they want.

This is what D&D (and DDE) is all about. Kudos to you for that.

Awww thanks Kris, but you're just saying that cuz you know that I actively read your blogs. :p

It was great to sit down at an Encounters night as a player instead and as a role that I'm not familiar with. Thank God for crappy pregenerated characters that I can just grab and go with. Woot Cleric!

Without a doubt you remember the sessions where you win by the skin of your teeth. Too bad it's extremely hard to consistently have it to where all but one guy is rolling on the death track and the sole PC standing gets to finish off the last bad guy. Stupid chance element.

Last night I was one of three players standing when we took down the last creature. I was with a party full of new players and two of our five were unconcious. I'd been carying the party almost the whole time, telling the fighter to make sure he was actually using his powers, trying to keep the party focusing fire and trying to ellude the GM's blatant attacks on me (different GM than Kris). Evrytime I dropped to bloodied (I hit 5 hp TWICE)and got back up I was beating him. Everytime I stabilized a player or told the ranger to bust his action point I was winning. When the Beholder's last blast juuust missed me, I won.
I agree with Kris here, D&D:E is not designed to kill PCs, so it's not easy to do. I think D&D:E is a really good place for the GM to tell his players that he's going for a TPK. The only way he's going to get it is if the players are doing badly (like our very un-optimized rouge) and even then, the last playe standing gets huge bragging points.
I play his non-Encounters games and hes a pussy cat. He knows my sorceress is fragile so even when the baddie can teleport he's mostly going after the tougher players.
Kris plays his games so players have fun, if that means killing a player on his birthday, so be it. ^__^

If your going to GM as an adversary, then you need to follow the rules, make encounters appropriate to the party level and don't cheat. Ultimately your the GM and have the at-will free action "I Win" power. Its not a challenge for you to win, when you play the I can cheat and rules don't matter.
While I agree as a GM and a player that the party wants to be challenged and win, I don't think you do that by playing as their adversary, otherwise its just a chess game with dice.