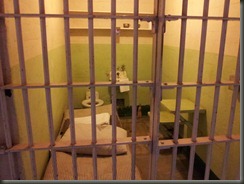 When I first learned that this trip would take the shape of a Vancouver stop-off and a San Francisco stay, the first thing on my list of things to do was a tour of North America's most notorious dungeon. I'm a nerd. I like places that are tough to get into and places that are tough to get out of. For nerds like me, Alcatraz is something of a holy place; it's a place where real things happened that could have happened in my games.

The place is run down and falling apart and I wouldn't have it any other way. The buildings are slowly deteriorating, and the paint is coming off of everything, but there is a strange sort of beauty in the way the island fortress is put together. When I think about prisons I think austere, cold, simple, concrete. I don't think about Spanish arches or stone scrollwork. I don't think about flowers or gardens or school houses. I certainly don't think about the spectacular view of the city of San Francisco.

But those things are all there, and they are so tied in with the way the island prison is put together that you can't really tell where one stops and the other begins. But they are very different places, Alcatraz the island and Alcatraz the prison. The latter is a cold, dark, horrible place filled with a long history of violence and despair. The prison cells are small, barely big enough to fit the necessities of life. A bed, a steel chair and table that are built into the wall, a toilet. And that is it. Five feet wide, six feet long and seven feet tall. The width isn't enough for me to spread my arms side to side without touching the walls. 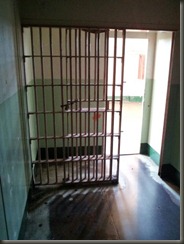 That's nothing compared to the Hole, though. There is nothing in this world that I can compare to the feeling of going into the solitary confinement cells. They are dark, blank rooms that seem to suck the life from you at the door. They are actually terrifying to walk into even now, and they haven't been used since well before I was born. There is the normal cage, and beyond the cage a steel door. The door has a grate designed to keep out the light, keep you from seeing anything. These places were a horror to behold, truly, and I cannot do the feeling of stepping into one justice through the written word.

There are a lot of individual things I could talk about regarding my trip to The Rock, but I'll mostly cover the salient points:

So, this post is all out of order because I wanted a punchy opening. Also, there are a bunch of pictures at the end that I took of the prison. 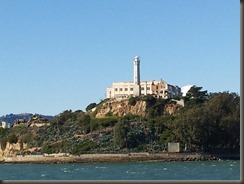 We got up in the single digits again and ate pancakes. We met up with my coworker Ida and he husband Francis, and we all ate together and decided we'd hit the Rock as a group. We finished off breakfast, I found us a route, we bought transit passes at Walgreens - which is fucking everywhere - and then visited a kickass spy shop that sold all sorts of shit to women who think their husbands are cheating on them. There was a knife that went into a bigger knife and a camera in the spine of a Get Shorty DVD. I assume it's in that one because no one will ever watch that movie.

Then we went to Alcatraz, which seems pretty silly to say like that, and then we were sort of at a loss for what to do with the afternoon. Ida and Francis caught some food, and we decided to use our newfound freedom (whatup, bus pass?) to explore the city some and see the famous Castro.

The bus ride took a while and we got to see a lot of the city that we missed on the BART. Market street is gorgeous, and there was a lot of fun to be had just watching people go about their days and do their things. The Castro itself is amazing and we could not have picked a better day to visit. Turns out, it's National AIDS Day and there was going to be a candle light vigil and fundraiser thing. Sweet! Wait, no, AIDS is bad. Boo AIDS! 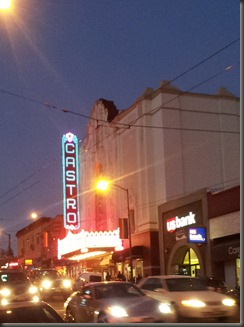 We decided to have a quick bite to eat in the shadow of the Castro theatre itself, in a little place called Mystique. I had the chicken sandwich, N had the burger, both were delightful. The service was amazing. The venue could not have been more perfect. It was a really good meal.

Except, we ate at the wrong restaurant. A bunch of places along the Castro were going to be giving ten percent of their days earnings to various AIDS charities, and Mystique was nor one of them. We were made aware of this by the gent who let us know the vigil was going on, and felt appropriately remorseful. Because boo AIDS.

The vigil wasn't going to be for another hour, so we tooled around some and stopped into a couple of stores. We stopped in at a comic shop that was a miserable little thing compared to Warp. I've been good and spoiled by games stores living in Alberta. There was a cute sex toy store that Brenda at The Travelling Tickle Trunk puts to shame. I'm actually more impressed by Edmonton's Whyte Ave the more I travel.

We walked past a gentleman who told us that we look marvelous and that he loves our colors. I assume he was talking about N's hair, which is currently an adorable shade of pink. That pretty much made my day.

The vigil itself happened in the same spot Harvey Milk made a number of speeches, and was pretty special in its own right. There were candles and speeches by the lovely Sisters of Perpetual Indulgence and a number of folk from various AIDS research groups and organizations. It was really cool to be a part of, especially considering a long discussion N and I had on the Vancouver train regarding big chasing not two days before.

Then we packed it in and started the journey home. Turns out our timing sucked, as the good folks at the Occupy San Fransisco camp were getting raided and so the trolly was only going to get us about halfway home. We considered going to see what all the fuss was about, but we figured by the time we got there, the adventure would be over.

Turns out it wasn't all that crazy anyhow, but we'll be keeping an ear out for trouble.

Alright. Now that that’s out of the way, more pictures of Alcatraz! 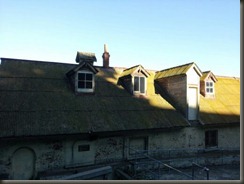 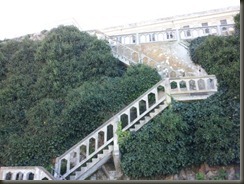 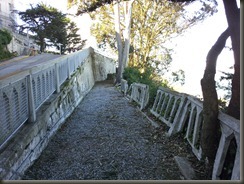 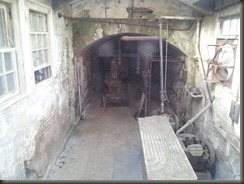 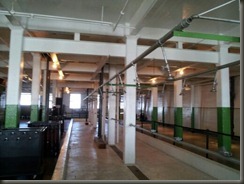 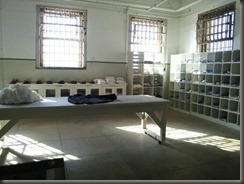 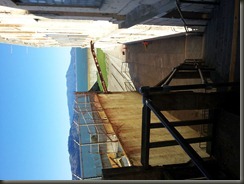 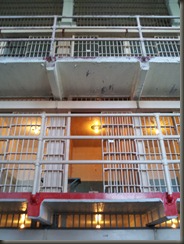 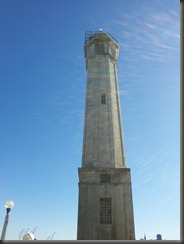 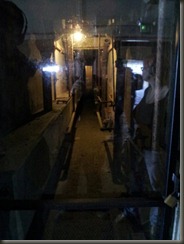 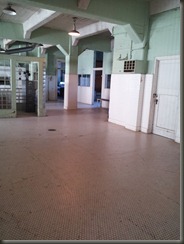 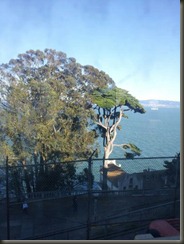 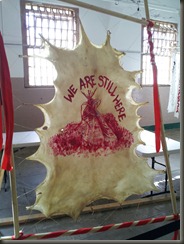 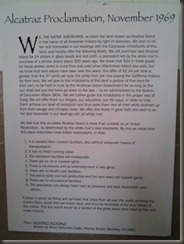 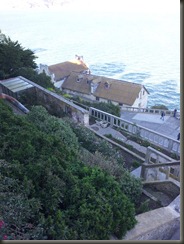 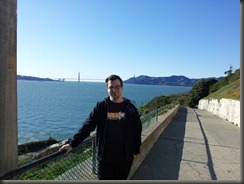 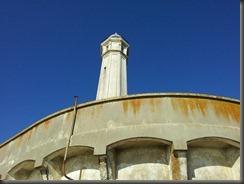 Posted by SlurpeeMoney at 1:50 AM