I woke up far earlier than I needed to in order to get into contact with Dave. In most of my travels, Dave has been my wingman, getting things set up and ready to go before I leave. He's got a sort of older-brother vibe to these things, working diligently to make sure everything goes okay. I've always been something of an independent soul about things like this, but I have to admit that there have been a lot of occasions in which the man is a godsend. Today his services were mostly needed as a wheel man, which he did with his normal ten minute lecture on the sites to see and things to do.

We got to the airport with tons of time to spare, and were ushered through the process of checking in with relative ease. Because I'm an idiot more often than not, I forgot to take my phone out of my pocket before I went through the metal detector. The kindly gent with the wand gave me a brief foot massage - I let the fellow know he'd missed his calling - and then went though the RadiationTron9000. I've never had a problem with these machines. Are they going to result in my babies having three heads and bat wings? Good gods I hope so. That would be fucking wicked. 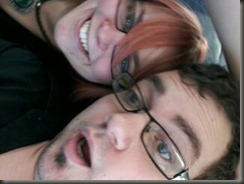 We went the wrong way to get to our terminal, and then went the correct way. There are some renovations going on at YEG, and they will probably help the folks there serve me better, but at the moment they're just a touch confusing. Then we sat and watched an episode of Buffy the Vampire Slayer until we almost missed the announcement to get onto the plane.

I love flying. For real. Even still. I've been on a lot of airplanes the past few years, you'd think the magic would have worn off on me by now, but maybe you haven't noticed: planes make people FLY!!! Like, through the air. With nothing but air holding them up. That's fucking incredible. Also, it's a lot like riding an elevator that never stops going up. Also, turbulence is like the most kickass roller coaster that exists. So, there's that. We watched more Buffy once we were high enough that looking out was just clouds. It was a good episode, the one where Vampire Willow comes back and mucks about in the nicer Sunnydale. Lolling was had.

Getting into Vancouver was the normal getting-off a plane bullshit, we got our bags with zero difficulty and made our way to the bus station to get to the ferry to Nanaimo. I've never been on a ferry before. This is sort of a new and novel experience for me, though in a lot of ways it reminded me of my first cruise. The feeling of the ferry rocking under me was pretty familiar, and I found myself waxing nostalgic about it. We again watched a lot of Buffy the Vampire Slayer while we crossed the channel, mostly because it was so dark outside we couldn't actually see anything. 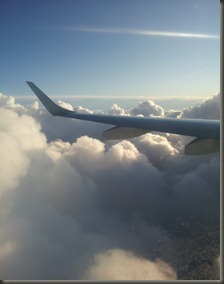 We arrived and got picked up by N.'s older brother who was taciturn and sort of quiet about the whole endeavor. My thanks, once more, for getting us from the terminal to our destination. He's a sweetness. The trip to N's father's house was tense. We didn't actually have any intention of spending any time with the man. He has been a douche about a few things lately, and that has made her feel pretty sad and me feel pretty reluctant to get to know him. The douchebaggery didn't stop on the meeting of him, and we proceeded to eat a tense and difficult meal in which no one wanted to participate, really. The family had already eaten, we had already eaten, and eating more was merely a courtesy to give nod tot the courtesy of making us food. It was wholly unnecessary, and the whole thing had an air of pageantry and chore to it.

Maybe some background is in order. N lived with her mother for some time after the divorce and believed her mom to be evil, as teenage girls are wont to do. When she was sixteen, she moved to BC to live with her father instead, believing him to be a goddamn hero. What she got when she arrived was rejection and neglect in favor of her father's new family, which left some pretty solid emotional scars on her and created a weird sort of rift in their family when she was asked to move out. At thirteen.

Understand of course that I have only second hand information about the whole thing and that I don't have all of the details. I can't really fill in any blanks here. I can't tell you what sort of motivation her father had. I can't tell you why N went along with it, if indeed she did. I have a pretty vague notion of what is going on. So I'm sure you can guess how weird having a civil discourse with this group of people could be. 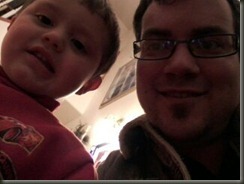 See, I don't like N's father. I've only met the man once, but he infuriates me. Some of that, certainly, has to do with the way he has hurt a person I care about. I went through much of the same fury with H's mother. But this takes the abuse to a level that I've never personally witnessed before. He is manipulative, conniving, and evil. He is the sort of man who stresses the importance of family before forbidding his daughter to see her aunt because of the mean things the aunt has said about him. He is the sort of man who will blackmail you emotionally until he sees how that won't work; then he manipulates someone you need to get what he wants instead. I wish the man great harms. I hope that his veins run with vinegar and his bones turn to ash. I will not hurt him myself - the universe has pains for that sort of person that I could neither conceive nor enact, and I trust it will provide - but were his house to burn and his body be wracked by nigh constant torment, I would take that news as a sweetener for my day.

We then met up with Courtnea, who is both lovely and confusing. I will talk more on her later. Some coffee was had and a game played. Now, I'm typing up blog posts on my iPad in her living room, where I have been shackled for the evening. We will see how things progress when I am freed.

Posted by SlurpeeMoney at 1:15 AM